1. When did you start writing? Tell us about your very first story.

I’ve always enjoyed writing and am drawn to being creative—as far back as I can remember. Back in middle school, when my classmates and I were assigned a book report, and the others groaned, I cheered—not only being given an exciting novel to read but also composing the essay assignment. Everything had to be perfect, the spelling, grammar, and accuracy regarding the subject matter. I can remember my first book assignment; it was on the city of Berlin and its history spanning World War II, the Cold War, and the division of the city and the impact it made on its inhabitants. It was similar to being a reporter rather than an author; nevertheless, it involved research and writing on the subject matter.

2. Who has most influenced your writing style?

My writing tends to be fiction, mostly horror, despite my second novel being a murder, crime drama. There are several writers of horror that have influenced me. Ira Levin, Stephen King, Dean Koontz, Clive Barker. However, I would say that what captured my attention the most or inspired me the most was Anne Rice. Her brilliant descriptions of these mythical beings, vampires, captured my young imagination. I became enthralled and obsessed with her novels; in fact, I read them all!

3. What does success mean to you?

With my first novel, The Darkest Gift, I am a new author, released in August. So it’s a little premature to ask me this question as my book is still gaining interest and a readership. Ask me that same question in five or ten more years. However, I am very humbled and grateful for what some readers have said about my work, as well as the 5-star rating I've received from those that professionally review books.

4. Let's discuss your book The Darkest Gift. The OBC reviewer classifies it as occult fiction. Do you think that's fair? Would you classify it differently?

Really? How interesting! I had no idea. I always thought the subject of witchcraft or worshipping the devil might be called "occult;" however, I’m assuming if you write about vampires that may qualify as the occult. I will still define it as horror as I was unaware that “occult” was a genre.

5. For those that may not know, can you give us a short synopsis?

My book has been described as a dynamic, enthralling tale of love, jealousy, rage, vampirism, and the paranormal! And as a page-turner!

Here is a brief synopsis:

When a Gay man—Jack, who struggles with his own sexual identity, meets elegant yet incredibly mysterious Laurent Richelieu, he thinks his stroke of bad luck with men and women has ended. Or is it the beginning of a nightmare?

As the two begin their courtship—Jack encounters horrifying experiences involving vampirism, paranormal experiences, and possible reincarnation, making him question his sanity. The more time Jack spends with his mysterious European love interest Laurent, the more revealed about the dark secret awaiting Jack. Are they destined to be together? Does Laurent honestly care for Jack? Or is there a more sinister plot involved with the addition of two other vampires from Laurent’s past, Stefan and Fabien? Can the help of a self-described Voodoo High Priestess, “Queen Raphaella,” alter Jack’s predestined future, or is his fate already sealed? From 18th century Paris to the later part of 20th century New Orleans and Haiti, where vampires become real, spirits appear. Where physical and spiritual love survives, all odds and good engage evil in an unwinnable battle.

6. The novel has vampires. How is this different from any other vampire novel out there?

My book is different from most other vampire stories as it features same-sex couples. I credit Anne Rice for having had the courage and passion for writing about a taboo subject (two men or male vampires of the same gender together) way back in the late 1970s. In her books, the vampires are, at times, a bit vague about whether or not they are strictly drawn to the same gender or whether they are attracted to both genders. I wanted there to be less ambiguity in my book. I also avoided anything too sexually graphic as I wanted the focus to be on the sensual aspect of two males together rather than purely sexual.

7. Would you and your main characters get along?

I would get along with all of my characters except for Stefan. He is genuinely villainess and pure evil. Fabien and Laurent are both caring, empathetic beings; call them reluctant vampires. Jack is very non-threatening despite being boastful and, at times, arrogant. His insecurities run deep; he becomes likable despite his actions. Queen Raphaella is highly friendly, a survivor, a no-nonsense individual, and an extremely gifted psychic individual with good intentions.

8. What's next? Is there another book in the works?

Yes, I started writing my second novel, Requiem for Miriam in July. It’s a murder, crime drama set in Manhattan, Westchester County, New Orleans, and Mexico in the 1980s. I hope to have it finished and released at the start of the new year (late January, beginning of February 2022)

9. What's your favorite snack or drink to have while you're writing?

I usually have some pistachios as a snack. I know that sounds odd, and it can be a bit distracting trying to get the pistachio out of its shell. It’s a pleasant little diversion whenever I encounter the dreaded “writers' block,” and taking that little break from writing sometimes leads to new ideas on how to further whatever story I’m writing.

10. What book would you say you've read most on your life?

It would have to be Ira Levin’s The Stepford Wives, which is a compelling psychological novel with enough conspiracy, camp, humor, and horror. It’s an exciting and engaging read.

11. When reading, do you often think about how you could write the books differently?

No, it’s usually once I’ve finished writing a book. I’ve frequently thought about having a separate or alternate ending included in my novels. Similar to how some movies have had different conclusions.

12. What genres do you most enjoy reading?

The genres that I write about are horror and murder, crime, dramas, and books that involve paranormal activity.
Good books, like good friends, are few and chosen; the more select, the more enjoyable.
-Louisa May Alcott
Latest Review: Up to the Toys by Sis and Mis
Top I can completely relate to that excitement described when issued a writing assignment at school! I feel that this is an excellent indicator of a writer who writes for the love of writing rather than some other lofty aspiration. A very interesting interview.
Latest Review: We are Voulhire: A New Arrival under Great Skies by Matthew Tysz
Top 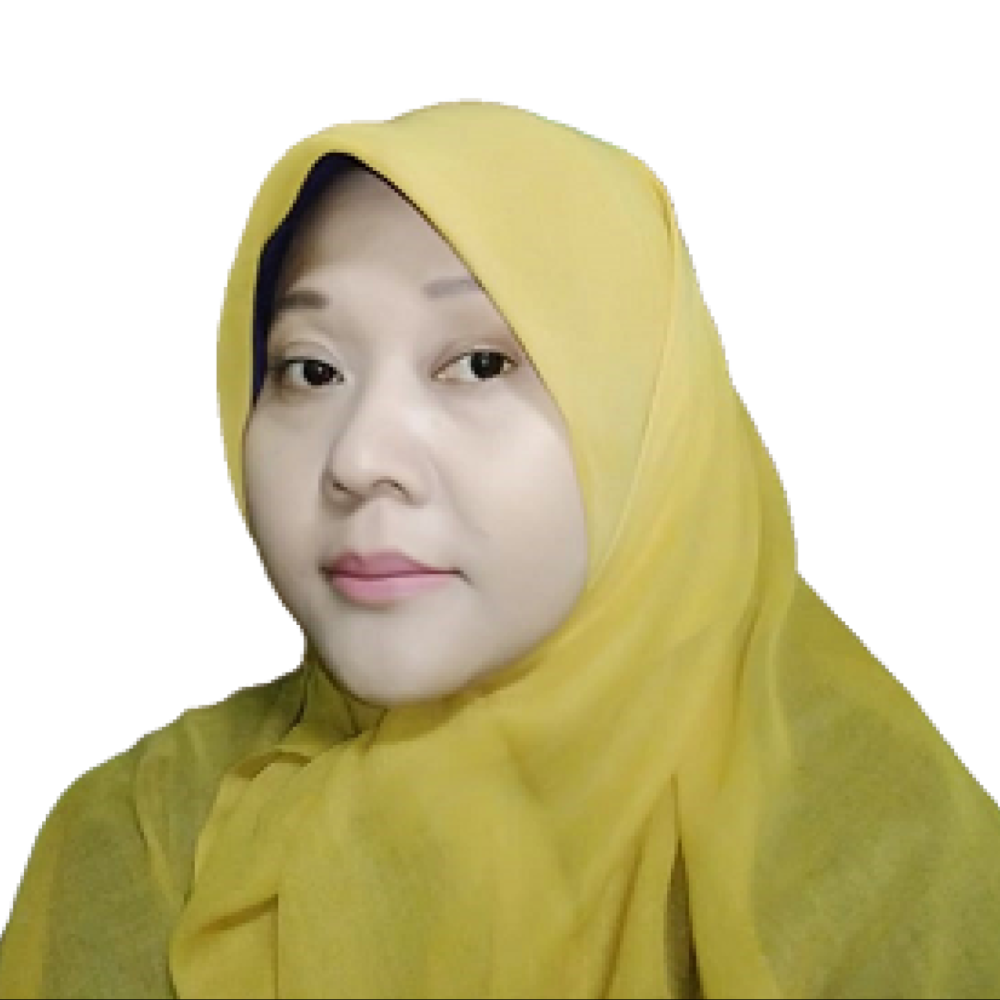 I like the author's writing experience. It gives me new insight. Maybe I can use his experience to write my book later if I want.
Top The author seems like a really fun guy to be around and i like how he answered the first,third and fourth question. this book piques my intrest as ive always wanted to get into vampire stories and this seems like the best place to start!
Latest Review: The Fox by M. N. J. Butler
Top

I can understand the feeling of reading the book and giving the first assignment of a book report. That feeling is just can not be told. A very interesting interview.
Latest Review: God is a Verb by Lynn Keller
Top

I had a great time reading this interview. I absolutely agree with the author about Anne Rice’s books. They captivated me as a young child and I absolutely loved them. I can also relate to his excitement when given books to read and report on back in middle school. It was such a chore to many others but I absolutely lived for it! This was a really interesting interview.
Latest Review: Ultramarine by Pat Jourdan
Top This interview was very interesting. The opinions of the author and the inspirational tidbits might encourage future writers in embracing their dreams.
Latest Review: E M P Honeymoon by Dorothy May Mercer
Top

Wow the author must have gone a long way in writing novels.... this interview is very inspiring...I was inspire by the author experience especially the part where he started on the process he took on writing stories.
Latest Review: I Know My Way Memoir by Theresa Marafito with Linda Odubayo Thompson
Top

Len Handeland paints a vivid and engaging vampire story full of rich imagination and passionate emotions. It is as much a story of love and revenge as it is a vampire odyssey. An easy and fun read.
Top

I love the Author not cause she wrote this novel. But cause she choose to be courageous enough to reveal this kind of intimacy and sensuality in her work and writing. I could totally connect with her when she has even briefed the story and qualities of her characters. Congratulations on your first published work and Good luck for the upcoming works.
Latest Review: Solaris Seethes (Solaris Saga book 1) by Janet McNulty
Top

Great questions! They covered all the major things we, as a reader, want to know.
Thank you for this informative interview.
Latest Review: E M P Honeymoon by Dorothy May Mercer
Top
Post Reply
15 posts • Page 1 of 1