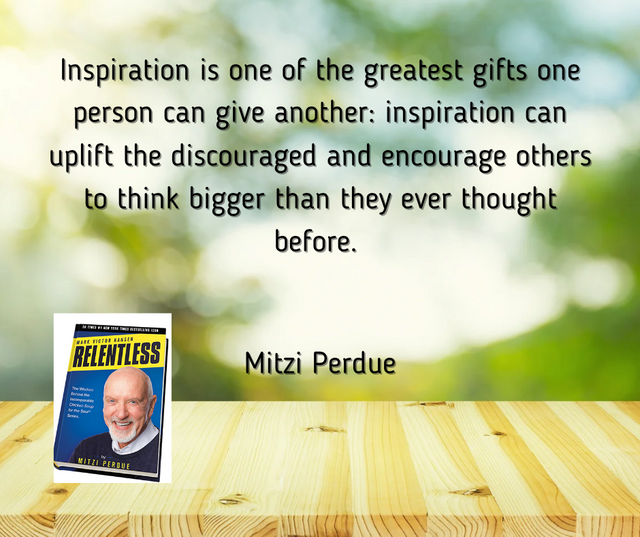 Today's Chat with Sarah features Mitzi Perdue author of Mark Victor Hansen, Relentless, an upcoming book of the month. Grab your copy now so you can participate in the discussion.

I wanted to be a writer since childhood. I can remember the feeling of utter enchantment when, in second grade, I wrote a weekly series about the adventures of a chickadee. The enchantment part was that my teacher would read that week’s story to my classmates, and I got to see that people were entertained by and enjoyed what I wrote. I’ve been hooked ever since. Also, since age 12, I’ve kept a diary with the idea that just as a pianist needs to practice every day, I would practice writing every day.

2. What was the first book that really touched you?

I loved Black Beauty. I loved that words on a sheet of paper could magically bring you into a different world, one from a hundred years ago.

3. Let's discuss your book Mark Victor Hansen, Relentless. Why did you decide to write about the author of the Chicken Soup series?

Inspiration is one of the greatest gifts one person can give another: inspiration can uplift the discouraged and encourage others to think bigger than they ever thought before. Mark Victor Hansen provides inspiration on an unmatched scale. He went from bankrupt and suicidal to being in the Guinness Book of World Records for selling half a billion copies of the Chicken Soup for the Soul series. I wanted to tell the story of how Mark learned from his collection of failures and how each one helped propel him to ever greater success. I also wanted to share the techniques and attitudes that Mark embodies so readers can become all they can be. In summary, I wrote this book to inspire people.

4. How long did it take you to do the research for this book?

Three months. I started the book the day before Christmas of 2021 and finished it by the end of March 2022. The research of interviewing people from Mark’s life (60 of them made it into the book) occurred while I was writing it. When I am researching and writing a book, it’s total immersion and 18-hour days. I don’t accept social engagements or even phone calls, and during that period, I’m a terrible friend and probably offend people right and left by being unavailable. Alas! I don’t want to offend people, but I’ve discovered, while writing the 27 books that I’ve written, that total immersion is what works for me. And then I get to be sociable again when the book is done.

5. Being that the subject of the book wrote the Chicken Soup series, did this book turn out to be similar to the series?

6. What surprised you most about Mark Victor Hansen?

I was gobsmacked by the following: when I had finished the book, I sent it to him, wanting him to check for accuracy, such as for instance, did I get a date wrong. It’s typical of the subjects of any writing to want to slant things and change things. Mark didn’t ask me to change so much as a comma, even though there were negative things about him. I thought that was the mark of an unusually mature and secure individual.

7. What's the most important lesson you learned while writing?

The title of the book was the biggest thing I learned from writing Relentless. Mark was relentless. He had Olympic-level persistence. Who else but he and Jack Canfield could endure 143 rejections of their book Chicken Soup for the Soul? I’m learning to up my relentlessness game!

8. What's next for you? Is there another book in the works?

I’d love to write another biography, but I don’t have one in mind yet.

9. Do you like audiobooks, physical books, or e-books better? Why?

I like them all, but my first choice is audiobooks. It’s so great to have something mind-expanding when washing the dishes or doing things that would otherwise be dull.

10. What one literary character would you want to meet and why?

I would love to meet The Patrician from Terry Pratchett’s Disk World. He seems like the wisest of men….oh, and he’s single, and I would dearly like to run off with him.

11. What is your favorite word and why?

Courage. As many have said, “It’s the Queen of all Virtues because it makes all the others possible.”

I really enjoyed reading the book. I do online marketing and sometimes getting people to even open your emails or just follow a link can be quite tasking. It really helped me get out of my comfort zone and sell myself. Getting more aggressive and getting in people's faces time and again really was not my style. I still don't do it but I have known when I can push harder. Thanks for the book Mitzi.
Latest Review: JTs World by E. Alan Fleischauer
Top

This book is very enjoyable because it has a lot of lessons and words of wisdom to teach to every individual that would want to read it. It has a lot of inspirational messages that could give encouragement to the readers.
Top Inspiration is truly a great gift because we experience a lot of failures in our lives to the point where we lose the momentum to go after whatever we want. All it takes is a single person, a book, or whatever else to reignite that momentum and inspire a person to push through the failures and fight to achieve success. I find it remarkable that Mitzi Perdue wrote this book in such a short time yet interviewed so many people and did so much research.
Latest Review: Cynthia and Dan by Dorothy May Mercer
Top

This book is my favorite so far. It changes the way I see the world. I love inspirational book that can help me to be a better version of myself.
Latest Review: Fill The Gaps by Andrew Johnston
Top

I felt the book was very inspirational. A great reminder to think of failures as opportunities. I did think the book was a bit long, however, I thought each of the chapters where worth reading.
Top

The books is inspirational. I used marketing for my smal business. Sometimes I have failure but I dont wanna think that..Be positive always and read some magazines that resourceful
Top I celebrate Mitzi Perdue for her ability to fuel her passion since childhood till now. This is the first time I'll be meeting someone who has had passion for writing since childhood. Unlike me, I grew my passion at my teenage and it was some sort of loneliness that fueled the passion
Latest Review: Kalayla by Jeannie Nicholas
Top

It is interesting
Top 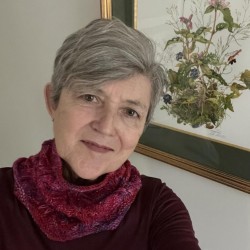 Tea! Now that I hadn't thought of turning into a hobby. Book will go on my ‘to read’ shelf - sounds worthwhile.
Latest Review: Band in the Wind by William John Rostron
Top

Can i review your book
Top
Post Reply
34 posts